World Cup Helps Onboard 585,000 Users Into The Sorare NFT Ecosystem

In wake of its latest A-list ambassador Lionel Messi lifting the World Cup, NFT sports card project Sorare has revealed that it recorded 585,000 new sign-ups since the launch of its free-to-play World Cup game ‘Global Cup 22’ on November 10th.

Resource platform ‘Web3 Studios’ has published a ‘Metaverse Sports Report’ which outlines the trajectory of Web3’s role in the sports industry. The report claims that by 2030 it could be valued at $80 billion.

Ahead of the launch of NFL Rivals, the first NFL and NFLPA officially licensed blockchain-based video game, Mythical Games, in partnership with the NFL and NFLPA, will release Rivals’ Digital Player Cards through a series of drops.

SeatlabNFT has partnered with the international sports organisation Everything in Sport (EIS) to provide NFT ticketing and airdrop functionality for the Women's Edition of their renowned conference in March 2023.

With the ongoing bear market prompting innovators to reshape NFT utility into something which extends beyond mere ‘floor price,’ developments in more-general blockchain technology use cases are also being pioneered.

Icon.X World: At The Intersection Of Web3, eSports & Decentralized Socializing

With the gaming world surpassing 3b users worldwide, & eSports touted to generate 577m viewers by 2024, blockchain gaming is in good stead for taking competitive, social gaming to the next level.

After launching NFT helmets for the Super Bowl LVI finalists (Los Angeles Rams and Cincinnati Bengals), NFL ‘Rarity League’ is back to release officially licensed, fan-inspired assets for the remaining 30 teams of the league.

With the 2022 Qatar World Cup looming, the involvement of NFTs in the world’s most popular sport is expanding at an unprecedented rate.

Mythical Games is releasing a much anticipated first look at NFL Rivals, the first NFL and NFLPA officially licensed video game on the blockchain.

Budweiser will be releasing a limited number of Budverse x FIFA World Cup™ digital collectibles that will be stored on the Ethereum blockchain as non-fungible tokens (NFTs).

Nikeland is a virtual world created inside Roblox (a popular online gaming platform with over 150 million monthly active users) representing the brand's digital push into the metaverse. 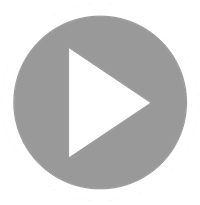 STEPN CMO: NFTs Are The Future Of Fitness

Track your movement, earn crypto — this is the future of fitness. Using a move-and-earn model, STEPN is a health and fitness Web3 lifestyle app where users purchase sneakers in the form of NFTs to track their outdoor workout.

Karate Combat Sports League Is Transitioning Into A DAO

Advertised as the biggest giveaway in professional sports, Karate Combat's recent announcement has put the fast-growing martial arts league in the spotlight.

DraftKings Inc. (Nasdaq: DKNG) and Steve Aoki announced that the two-time Grammy-nominated DJ and producer has agreed to become an official brand ambassador of DraftKings Marketplace.

Want to publish your story on Blockster? Join network