Is Azuki A Rug Pull?

The NFT market is suffering terribly under the weight of the recent crypto crash. This was only made worse when the community learned about the sketchy history of Zagabond, the creator of the blue-chip NFT collection, Azuki. 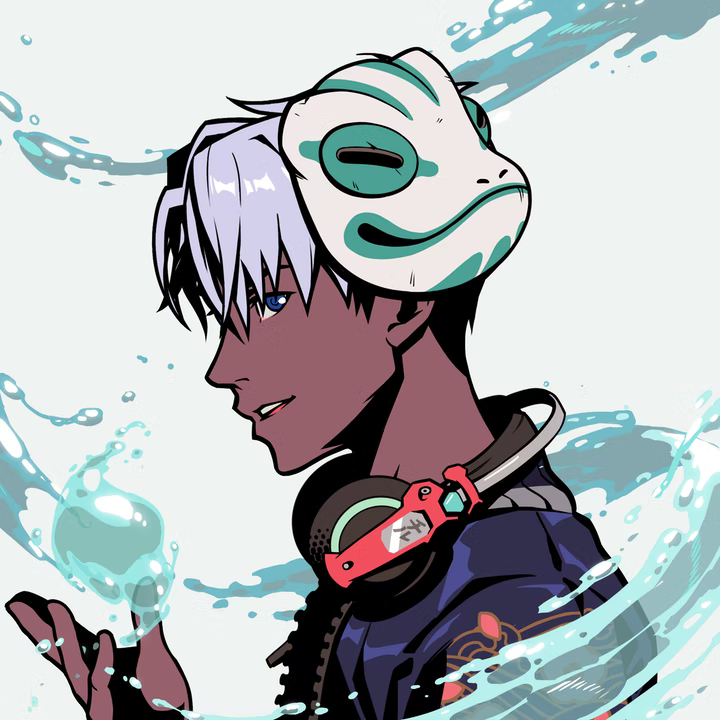 Azuki is a simple set of 10,000 generative anime-inspired characters drawn in an easily-recognizable gritty style. The art is impressive and was likely the main driver of the project’s success. Azuki’s rise to the top was unheard of in the NFT space. (Note: We detailed the project’s astonishing performance in a previous edition of The NFTimes.) 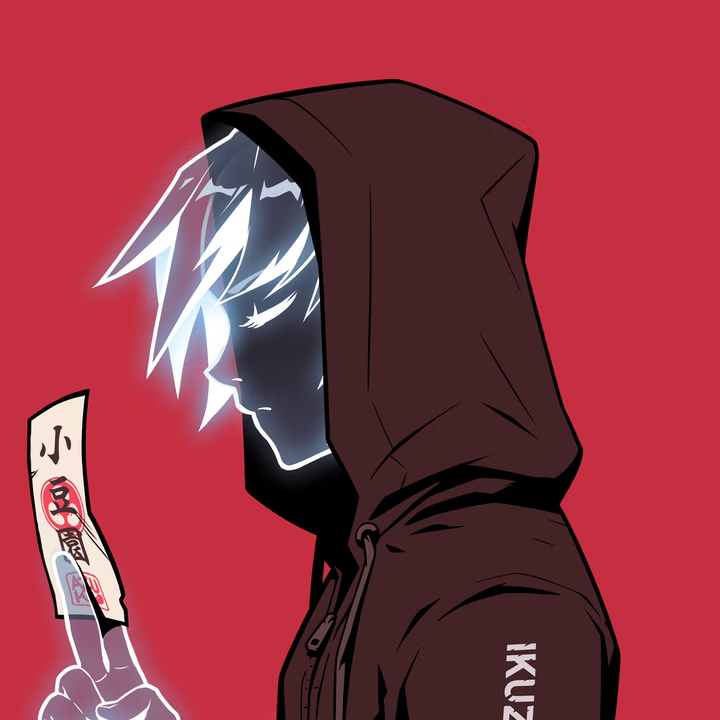 The floor price on most NFT projects dips after reveal: when the collection’s art is revealed, so is the rarity of each NFT. Unlucky traders gambling for rare NFTs to sell for a premium often dump their bad rolls (common NFTs) right after the reveal. This didn’t happen with Azuki. The community was so impressed with the art that the price immediately started to skyrocket after its reveal. It went from a floor price of about 2.5 ETH to 13 ETH in less than two weeks. Within a few weeks of its launch, the community was starting to call Azuki a blue-chip collection. In April it cemented itself as a top collection when it airdropped its 2nd generation of NFTs, called Beanz, to Azuki holders. Its floor nearly tripled in less than a week, breaking through 30 ETH. 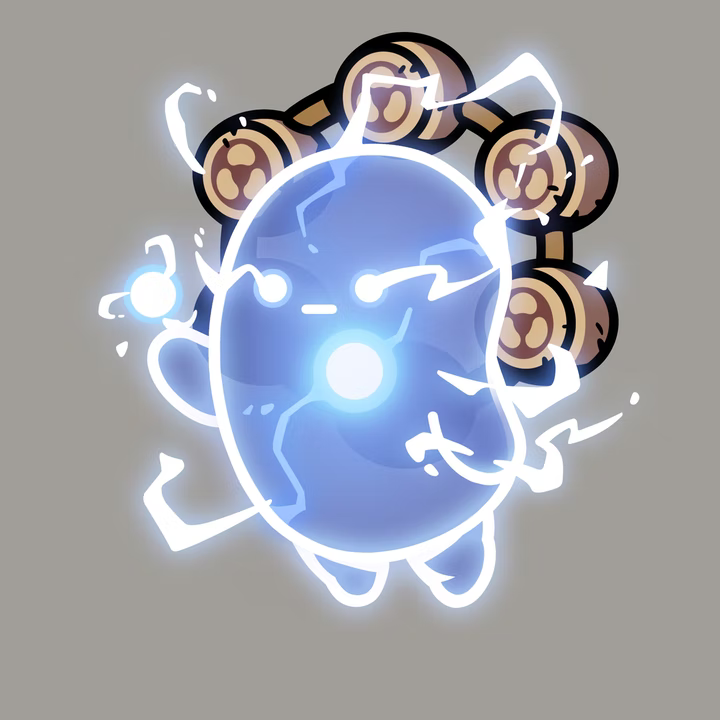 On the same day that the UST stablecoin lost its peg to the USD and crashed the crypto markets, Zagabond released a Medium article called “A Builder’s Journey”. In the piece, he revealed that he created 3 NFT projects before he founded Azuki.

The first was a remarkably lazy NFT collection called Phunks, which were literally Cryptopunks, but flipped. They face left instead of right. That’s it.

Zagabond claims that he was inspired to build it as “a foray into the future of interactive media.” He created a pseudonymous Twitter account called “Philip the Intern” to joke about how he flipped each Cryptopunk by hand.

He also called Phunks a community-led project but failed to mention that this wasn’t the community’s choice. He abandoned the project and community and left with the funds–and a sizable collection of Phunks. He departed right after the project was delisted from OpenSea due to obvious copyright infringement (they are back on OpenSea now). He returned the Phunks and 1.45 million USDC to the community treasury, but only after several days of heavy criticism following the article’s release.

The second project that Zagabond bailed on was at least more original. It was a generative collection of chicken tender NFTs called “Tendies.” It was a play on the popular meme culture at the time inspired by the Wall Street Bets Reddit community and their infamous Gamestop short-squeeze.

Zagabond himself admitted that the Tendies looked “too much like turds.” He hilariously followed this harsh criticism of his own project’s art by saying, “Despite our best efforts, the project had gone as far as it could.” In reality, the project was doomed to fail because it was a lazy derivative of the “My Fucking Pickle” collection, whose founder thought “looked too much like turds.”

The third project that Zagabond walked away from was yet another parody of Cryptopunks called Cryptozunks. Instead of simply flipping the original punks, he took all of the collection’s traits and created 10,000 new punks. This project took a good deal of effort from Zagabond and his team and even included a free pet NFT airdrop. Once the market started to suffer and Zunks lost the community’s interest, Zagabond forsook the project.

In the article, Zagabond tried to expertly weave together a story of him “learning” from these previous NFT projects. He desperately attempted to make it look positive. Unfortunately for him, the task was nearly impossible. It is difficult to convince people that making (and subsequently abandoning) three inordinately lazy NFT collections will teach one how to build decent projects.

Why Did He Publish it?

We can only speculate as to why Zagabond would release the article when he did. There are already a ton of rumors spreading through NFT Twitter but like usual, most are specious.

One popular theory is that he was being blackmailed by a collector who figured out his past. This isn’t impossible; the exact same scenario happened late last year when someone tried to blackmail the team behind the play-to-earn game Feudalz. Like Zagabond, they had anonymously abandoned projects in the past.

This person openly admitted to blackmailing them on a Twitter Spaces months ago and has, so far, suffered no consequences. It’s possible someone was inspired by his blackmailing ways and put them to work against Zagabond.

The more likely possibility is that Zagabond thought that the information was about to leak and wanted to get ahead of it. There would have been little reason for him to release the info when he did otherwise. He didn’t say anything before Azuki minted, nor after the reveal. Instead, he chose to tell the world about his other projects long after Azuki saw massive success.

So Is Azuki a Rugpull?

No, not yet at least. The team airdropped another NFT exchangeable for Azuki merch to holders only a few days ago. However, we should still be ready for the possibility that the team skips out on the community. Zagabond has completely abandoned 3 of his previous projects and is still anonymous. He could easily leave Azuki holders in the dust without any legal repercussions.

Nevertheless, it would be stupid to abandon such a successful project right now. He is making an exorbitant amount of money on secondary sale royalties on both Azuki’s and Beanz. If he leaves the project, that revenue stream will dry up quickly.

Do you want to learn more about NFTs and keep up with the rapidly evolving market? Check out some of our favorite editions of The NFTimes:

Keep up with Henry and NFTs 24/7. Join him in AlphaMint’s dedicated NFT Discord server.

Confidence That’s Out Of This World: My Interview With Space Albert

Do you get tired of NFT projects that show promise but lack utility? And most importantly, how can you really have the confidence to know you’re investing in the right direction? Cryptocurrencies keep popping up like dandelions in the Spring. But if you’re looking for...
Drew Cole

What Jack Dorsey's Resignation Means For The Future Of Free Speech

Expect More of the Same or Worse Things to ComeTwitter has become one of the main censors of online speech, and it all happened under Jack Dorsey’s watch, and Republicans, who are the ones getting censored, did nothing about it, despite Donald Trump giving them...
William Fleishman

NFTimes Volume 13 – How To Keep Your NFTs Safe

When it comes to NFTs, two main types of attacks tend to hurt end-users. They differ dramatically in scale, ranging from more common small scams, which are directed at single users or smaller groups of people, to larger-scale schemes and cons. Small Scams: Tricky, Yet...
Henry Stater

Jack Dorsey – The Controversial Man Behind Twitter And Square

With this move, Silicon Valley is losing one of its most eccentric entrepreneurs. Given the fact that Silicon Valley can easily be described as “weird” even on its best day, this is certainly saying something. Indeed, Silicon Valley has companies whose CEOs can be described...
Ali Raza
We use cookies on our website to give you the most relevant experience by remembering your preferences and repeat visits. By clicking “Accept”, you consent to the use of ALL the cookies.
Do not sell my personal information.
Cookie SettingsAccept
Manage consent

This website uses cookies to improve your experience while you navigate through the website. Out of these, the cookies that are categorized as necessary are stored on your browser as they are essential for the working of basic functionalities of the website. We also use third-party cookies that help us analyze and understand how you use this website. These cookies will be stored in your browser only with your consent. You also have the option to opt-out of these cookies. But opting out of some of these cookies may affect your browsing experience.
Necessary Always Enabled
Necessary cookies are absolutely essential for the website to function properly. These cookies ensure basic functionalities and security features of the website, anonymously.
Functional
Functional cookies help to perform certain functionalities like sharing the content of the website on social media platforms, collect feedbacks, and other third-party features.
Performance
Performance cookies are used to understand and analyze the key performance indexes of the website which helps in delivering a better user experience for the visitors.
Analytics
Analytical cookies are used to understand how visitors interact with the website. These cookies help provide information on metrics the number of visitors, bounce rate, traffic source, etc.
Advertisement
Advertisement cookies are used to provide visitors with relevant ads and marketing campaigns. These cookies track visitors across websites and collect information to provide customized ads.
Others
Other uncategorized cookies are those that are being analyzed and have not been classified into a category as yet.
SAVE & ACCEPT
Total
1
Share